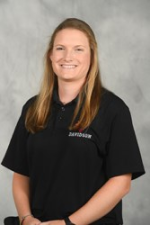 Starting her third year as part of the support staff with the program is Madison See, who was a volunteer assistant in 2016. As Director of Operations, her primary responsibilities will include the monitoring polar heart system and data, travel logistics, equipment, along with assisting with the team's daily practices.

"I would like to thank head coach Adam Denton for giving me the opportunity to be the Director of Operations for the women's soccer program here at Davidson College," said See. "This program enriched my time as a student-athlete at Davidson and I'm excited to be part of the coaching staff in this role as we continue to strive for excellence on and off the field."